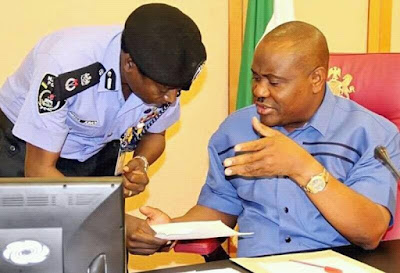 The command also announced the arrest of 53 suspects in connection with the missing policemen.

State Police Public Relations Officer, Mr. Ahmad Muhammad, said in a statement that the policemen were part of a team that were on a routine police inquiry when they were attacked before they could disembark from the boat conveying them.

Muhammad explained that six policemen, comprising two inspectors and four other officers were initially missing while Inspector Aferuan Imoukhuede was rescued a day after.

“The Rivers State Police Command has announced the missing of five policemen who along with other colleagues were ambushed in the early hours of Wednesday 25/05/2016 at the Okujagu community, Okrika Local Government Area.

“The policemen went to Okujagu community on a routine police inquiry when they were ambushed by unknown gunmen before they could disembark from the boat that ferried them, they were bombarded with a barrage of heavy gunfire which forced them to scamper for cover.

“By the time the firing ended, six policemen comprising two inspectors and four other rank and file could not be accounted for but a day after Inspector Aferuan Imoukhuede, who was among the missing policemen, was rescued.

“Sting operations by the command are still on the top gear to rescue the remaining five missing policemen. Fifty-three suspects have been arrested in connection with the incident and are currently undergoing interrogation,” he added.