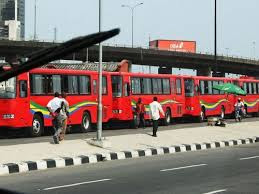 “As a result of the economic downturn, public transport had been severely impacted as all related costs had escalated beyond any financial forecast or projection. The current government was focused on a strategic reform of the public transport operations in order to create world class public transport infrastructure and support for operations that is modern, cost effective, safe and sustainable on the long run,” Dabiri said.

He said the licensing of private sector operators to provide affordable and safe operations was part of this ongoing process.

The LAMATA boss added: “The current financial crunch, however, has seen average cost of operations increase to up to about 110 percent. With cost of fueling going up by 71 percent, oil prices up by 64 percent, tyre costs up to 90 percent, continued operations is thereby threatened.

“In view of this, and with government responsibility to avert a collapse of the franchise scheme which currently serves over 500,000 commuters daily, the Lagos State Government had to consider the request of the operators for an upward review of bus fares. It is important to note that current prices on some of these schemes have stayed constant for more than six years for some operators.”